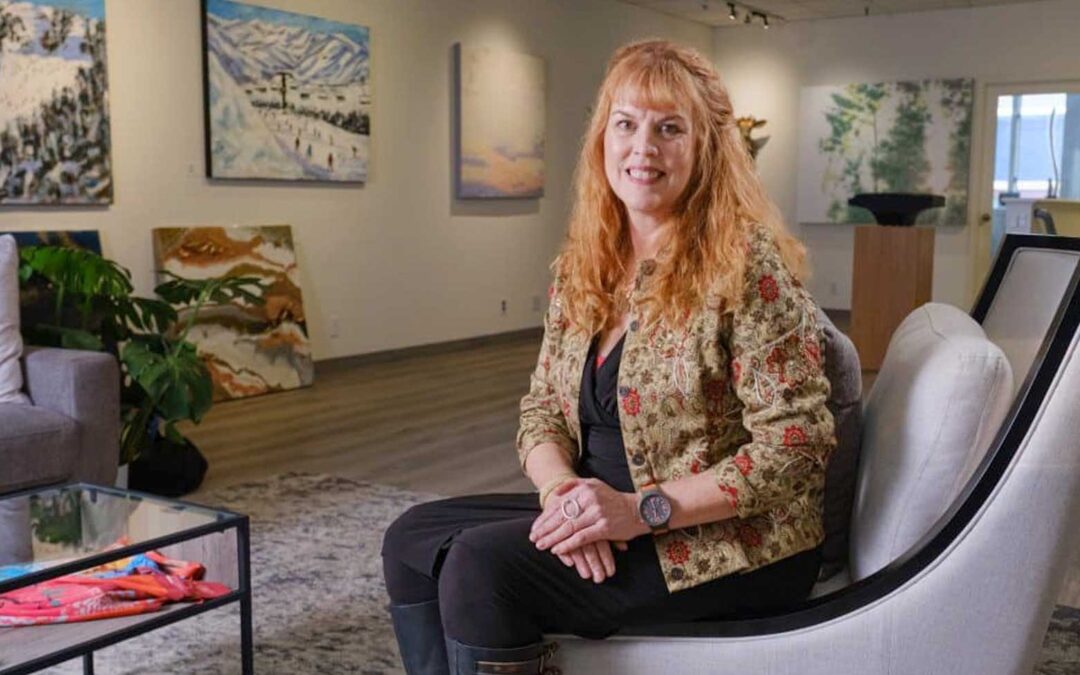 JGO Galleries owner Jude Grenney sits among the art in her new exhibit space on the upper floor of 323 Main St. Grenney looks forward to introducing the new 1,700-foot space along with some new artists she has recently added to her roster.

JGO Gallery is going through an artistic revival.

A few short months after losing a showcase space shared by Park City Desserts at the Rockwell Listening Room earlier this year, gallery Jude Grenney changed her gallery’s name to JGO Galleries, and found a place that literally rises to a new level in an upstairs location at 323 Main St. Grenney heard about space from her sales director.

He knew a woman who worked for Alliance Engineering, who had this space, and almost the same day we were told we had two weeks to leave the Rockwell, Alliance announced they were moving to Jeremy Ranch. So, we decided to go check it out. — Jude Grenney

Grenney sees the new space on Main Street as a gift, because she felt she might have to leave Park City to find a new place for her gallery.
In fact, she had been looking at back-up plans for a while, and one of those plans took her to Bainbridge Island near Seattle, where she stumbled upon an alluring opportunity. “I met some gallery owners up there who were retiring,” she said. “So we are working out a deal so I can buy the gallery from them. So we’re still working out all the details, and the official transfer won’t happen until the first part of 2023.” The timing felt right because the busy season for galleries on Bainbridge Island is in the summer, while the busy season in Park City is during the winter, Grenney said.

From Park Record by David Jackson
Read the Full Article

Please use the form below to send us an email. We will get back to you as soon as possible. Thank You.